The new film will be based on the Rolling Stone article "Anonymous Vs. Steubenville" and will focus on Deric Lostutter, the man who launched a campaign in support of the victim.

Angelina Jolie and Brad Pitt arrive on the red carpet at the 86th Academy Awards at Hollywood & Highland Center in the Hollywood section of Los Angeles on March 2, 2014. UPI/Kevin Dietsch | License Photo

Brad Pitt and Angelina Jolie arrive on the red carpet at the 86th Academy Awards at the Hollywood and Highland Center in the Hollywood section of Los Angeles on March 2, 2014. UPI/Jim Ruymen | License Photo

Left to right, Anthony Katagas, Jeremy Kleiner, Dede Garner, Steve McQueen and Brad Pitt pose with their Oscars after winning best picture for "12 Years A Slave" backstage at the 86th Academy Awards at the Hollywood & Highland Center on March 2, 2014 in the Hollywood section of Los Angeles.UPI/Jim Ruymen | License Photo

Ellen DeGeneres takes a selfie for the ages from the front row during the 86th Academy Awards held at the Hollywood and Highland Cwenter in the Hollywood section of Los Angeles on March 2, 2014. Not only has Ellen DeGeneres set the record for most retweeted tweet of all-time, but she's also the first user to top 1 million retweets for a single Twitter post. Surpassing 1,300,000 retweets in less than an hour, @TheEllenShow posted the record-breaker while hosting the Oscars tonight. The mega-selfie featured, among others, Jennifer Lawrence, Meryl Streep, Julia Roberts, Brad Pitt, Kevin Spacey and Bradley Cooper, who snapped the shot. UPI/Instagram | License Photo

LOS ANGELES, April 3 (UPI) -- Brad Pitt's production company, Plan B Entertainment, plans to make a film based on the Steubenville rape case, and the Anonymous activist who worked to expose the crime and bring the perpetrators to justice.

The crime took place in August 2012 in Steubenville, Ohio, when two high school football players raped a 16-year-old girl after a party. The girl was sexually assaulted by her peers while she was incapacitated by alcohol, and the students took photos and videos during the incident. The two later posted the footage on Facebook and Twitter and discussed the situation in a series of text messages.

Deric Lostutter, a member of the hacktivist collective Anonymous, launched a campaign in support of the girl after school officials attempted to cover up the incident. His role was documented in the Rolling Stone article "Anonymous Vs. Steubenville" after the activist himself was investigated for leaking evidence against the perpetrators on social media.

The two students were eventually convicted in juvenile court for the rape of a minor, and several adults were indicted for their obstruction of the investigation. One of the students has already been released early, while Lostutter currently faces ten years in prison for identity theft and threatening action against the rapists.

The new film will be based on the Rolling Stone article, and will focus on Lostutter and Anonymous' work to bring the two students to justice. Anonymous and Lostutter himself have both confirmed the news on Twitter.

Brad Pitt's Plan B Entertainment has bought the rights to the Rolling Stone article Anonymous vs Steubenville http://t.co/REQOshR38y

At this time I have no further comment about the Brad Pitt Plan B movie on my life coming out. Please direct your questions to my lawyer

Plan B Entertainment's latest film, Academy Award Best Picture winner 12 Years a Slave, was a critical and audience success. No further details on the upcoming Steubenville movie have been released. 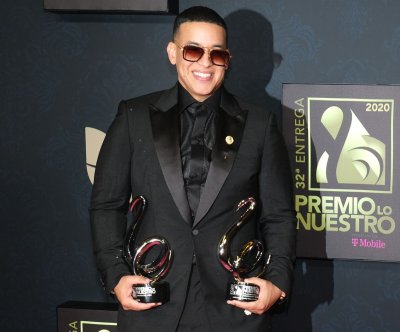