Beckham gave the rest of the Spice Girls her blessing to reunite without her. 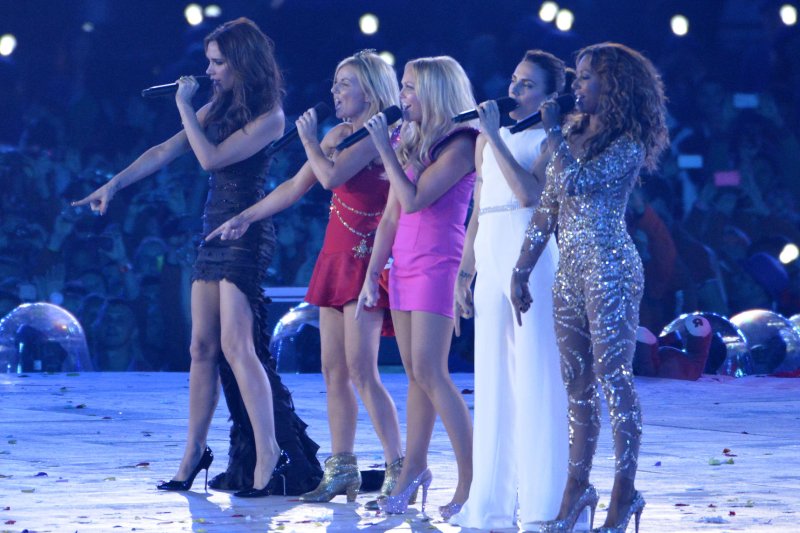 The Spice Girls perform during the Closing Ceremony for the London 2012 Summer Olympics on August 12, 2012 in Stratford, London. The next Summer Olympic Games will be in 2016 in Rio de Janeiro. UPI/Brian Kersey | License Photo

Victoria Beckham won't be reuniting with the Spice Girls anytime soon, but the British fashion designer has given her former bandmates her blessing to reunite without her.

Mel C told the Daily Mail that she and her former bandmates have discussed the possibility of getting back together.

"We've talked about it. Victoria doesn't want to, which we completely understand. We are so proud of her and her incredible foray into fashion, it's incredible what she's achieved as a designer," the singer said.

"The four of us could consider it maybe," she added. "We have Victoria's blessing to do that."

Beckham, who reunited with her former bandmates Emma Bunton, Geri Halliwell and Mel B for a performance at the 2012 Olympics, said in January that she "won't ever do it again."

"That was a perfect time to say, 'That's great. Thank you to everybody, but no more.' Sometimes you've got to know when it's time to leave the party," Beckham told Vanity Fair Italy.

However, Mel C has no plans to stop performing anytime soon. She is currently preparing to release her new single "Cool as You."

"My number one love is performing and I want to be doing this forever," she said. "My current priorities are my spring/summer tour with Jules Holland and working on my own album."

Bret Michaels thanks fans for support after hospitalization