Peter Capaldi says Matt Smith told him to look after "Doctor Who."

CARDIFF, Wales, March 4 (UPI) -- Doctor Who fans the world over are naturally a little apprehensive each time the show transitions between Doctors, but Peter Capaldi wants fans to know their beloved show is in good hands.

Capaldi, who recently began filming as the Twelfth (or is it the Thirteenth? or Fourteenth?) Doctor, stopped to chat with a worried young fan and reassure her that the Doctor may have changed faces, but she would still recognize the man piloting the TARDIS.

"[Eleventh Doctor] Matt [Smith] said to me to look after Doctor Who and he gave me his watch and he said that, in his own way, he was happy that it was me coming in," Capaldi explained to the girl. "So I will do my very best to be as much fun and as friendly as he is."

Still, Capaldi said, "I will be different."

Then, he pulled up a picture on his phone of Smith and Jenna Coleman, who will stay on as the Doctor's companion Clara.

Capaldi seems sweet with the child, and nothing like his brash, foul-mouthed Thick of It character Malcolm Tucker.

Here's Capaldi with the young fan in question -- dressed as a Dalek, of course -- with her mom. 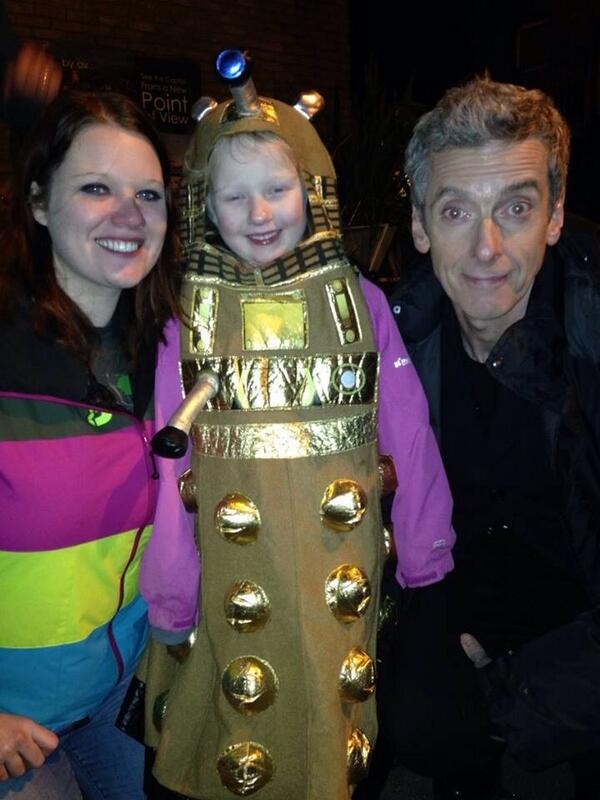 Samuel Anderson joins cast of 'Doctor Who' Karen Gillan of 'Doctor Who' to star in ABC pilot 'Selfie' Downton Abbey falls, Doctor Who rises in UK Christmas ratings 'Doctor Who' special seen by 8.29 million people in U.K. 'Doctor Who' anniversary draws more than 10 million viewers Peter Capaldi announced as the next Doctor Who