MOSCOW, Nov. 23 (UPI) -- British Prince Harry arrived at a Russian research station in the Antarctic to prepare for a race to the South Pole for charity, The Telegraph reported.

The race includes three teams of army veterans from Britain, the United States, and Canada and Australia racing to the South Pole for a charity the newspaper did not name.

Racing for the U.S. team is "True Blood" actor Alexander Skarsgard, and for the Canadian-Australian group is "The Wire" actor Dominic West, RIA Novosti reported.

The teams are scheduled to spend two days at Russia's Novolazarevskaya research station, becoming acclimated to the weather before setting off for the 124-mile race, The Telegraph said.

The teams are expected to face temperatures as low as minus 49 degrees F, RIA Novosti said. 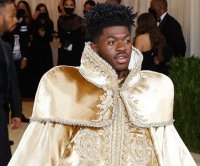