AUSTIN, Texas, Nov. 10 (UPI) -- The University of Texas has sued actor Ryan O'Neal over an Andy Warhol portrait of Farrah Fawcett, who bequeathed her artwork to her alma mater, lawyers said.

The civil trial is expected to start Wednesday, and a jury will decide who is the rightful owner of the portrait, which is currently at O'Neal's beach house, the Austin American-Statesman reported.

"It's going to be an interesting and fun case to try," David Beck, a lawyer for the university, said. "I'm looking forward to it."

Warhol painted two identical portraits of Fawcett in 1980, and the university has contended that he gave both to Fawcett.

But O'Neal has argued that Warhol gave one to Fawcett and one to him, the American-Statesman said.

At the time of Fawcett's death in 2009, both of the portraits hung on the walls of her Los Angeles condominium.

Now, one hangs in the University of Texas' Blanton Museum of Art. O'Neal, who was by Fawcett's side when she died, took possession of the other portrait with the permission of the overseer of her estate.

Music // 1 hour ago
GFriend shares tracklist for 'Labyrinth' album
Jan. 21 (UPI) -- K-pop stars GFriend released a tracklist and the teaser video "A Tale of the Glass Bead: Previous Story" for their album "Labyrinth." 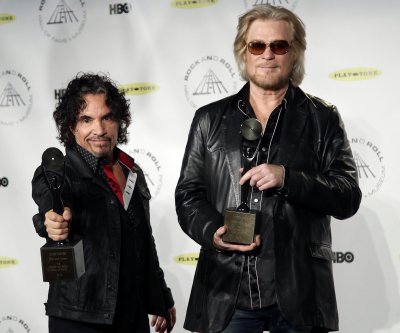