Bradbury lost partial use of his right side after suffering from a stroke. hr/H. Ruckemann UPI | License Photo

The sci-fi Web site io9 confirmed his death but did not report the exact cause or location of it.

The Illinois native penned the classics "Fahrenheit 451," "The Martian Chronicles" and "Something Wicked This Way Comes," among other works.

"For many Americans, the news of Ray Bradbury's death immediately brought to mind images from his work, imprinted in our minds, often from a young age," Obama's statement said. "His gift for storytelling reshaped our culture and expanded our world. But Ray also understood that our imaginations could be used as a tool for better understanding, a vehicle for change, and an expression of our most cherished values. There is no doubt that Ray will continue to inspire many more generations with his writing, and our thoughts and prayers are with his family and friends."

"If I had to make any statement, it would be how much I love and miss him, and I look forward to hearing everyone's memories about him. He influenced so many artists, writers, teachers, scientists, and it's always really touching and comforting to hear their stories. Your stories. His legacy lives on in his monumental body of books, film, television and theater, but more importantly, in the minds and hearts of anyone who read him, because to read him was to know him. He was the biggest kid I know," his grandson, Danny Karapetian, told io9.

"If you're looking for any single passage to remember him by, I just picked up my copy of 'The Illustrated Man,' my favorite of his books. The introduction is entitled 'Dancing, So as Not to Be Dead,' and there are some great lines about death. My favorite: 'My tunes and numbers are here. They have filled my years, the years when I refused to die. And in order to do that I wrote, I wrote, I wrote, at noon or 3 a.m. So as not to be dead.'"

Bradbury is the author of more than three dozen books, and penned the screenplay for John Huston's famous 1956 adaptation of "Moby Dick," HarperCollins noted on its Web site.

He adapted 65 of his stories for television's The Ray Bradbury Theater and won an Emmy for his teleplay of "The Halloween Tree." In 2000, Bradbury was honored by the National Book Foundation with a medal for Distinguished Contribution to American Letters. He is the winner of the 2004 National Medal of Arts and the 2007 Pulitzer Prize Special Citation, his publisher said.

TV // 24 minutes ago
'Modern Family': Ariel Winter reflects on 'amazing journey' ahead of finale
April 8 (UPI) -- Ariel Winter, who plays Alex Dunphy on "Modern Family," voiced her love and gratitude prior to the show's final episode. 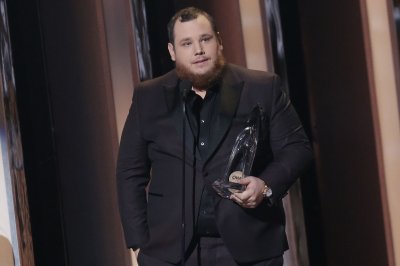