LAUREN SCRUGGS: Fashion model and blogger Lauren Scruggs lost her left hand when she walked too close to an airplane propeller in Texas, her representatives said Monday.

People.com reported Scruggs, 23, suffered severe head and shoulder injuries, as well as, when her hand was severed in Saturday's mishap at a private airport in McKinney.

She had climbed out of a two-seat plane after a flight to look at Christmas lights, People.com said.

A family representative posted a statement on the Web site Caring Bridge Monday, saying Scruggs was recovering from multiple surgeries.

"Lauren's surgery went very well this morning," the message said. "She is now resting in ICU with the family. She is able to open her right eye to see while her left eye is still bandaged. Please continue to pray for the vision of her left eye, as we will not know the status of her sight for some time."

Scruggs had worked in the wardrobe department of the TV show "Gossip Girl" and runs the fashion blog LOLO.

The entertainment news program's Web site quoted multiple sources it did not name, but described as close to Richards, as saying the former child actress has checked into an undisclosed treatment center.

She guest starred on "Little House on the Prairie," "Diff'rent Strokes," "Alice," "Fantasy Island," "The Love Boat," "CHiPs," "Magnum, P.I.," "The Dukes of Hazzard" and "The Rockford Files."

She has been on "Housewives" since it debuted last year on Bravo.

ROSIE O'DONNELL: Rosie O'Donnell told the audience at Monday's taping of "The Rosie Show" in Chicago she is engaged to Michelle Rounds after less than a year of dating.

People.com said O'Donnell broke the news to her fans during a commercial break, not on the air.

Her publicist later confirmed the engagement to the celebrity news Web site.

No other details regarding when or how O'Donnell proposed were immediately available.

O'Donnell, 49, met the 40-year-old IT headhunter Rounds in a Starbucks coffee shop this year.

O'Donnell has four children from a previous marriage to Kelli Carpenter. Three of the kids were adopted and one daughter was conceived through artificial insemination with Carpenter giving birth to her.

METALLICA: American rock band Metallica is to perform "The Black Album" in its entirety at a concert in June at Denmark's former Horsens Prison, organizers said.

The Copenhagen Post reported the group will take the stage at Prison, a new music venue established at the old jailhouse, which can accommodate an audience of 40,000 people.

Metallica is scheduled to play songs from its most commercially successful album at the June 6 show, the Post said.

The band's drummer, Lars Ulrich, was born and raised in Gentofte before moving to the United States in 1980.

"Back to the fatherland. After five great concerts in Forum in the summer of '09, we shall meet again with our Danish friends, inaugurate a new concert venue in Horsens, play 'The Black Album' in its entirety, and even serve a stint in jail!" the newspaper quoted Ulrich as saying. "I'm as excited as a little kid. See you in June." 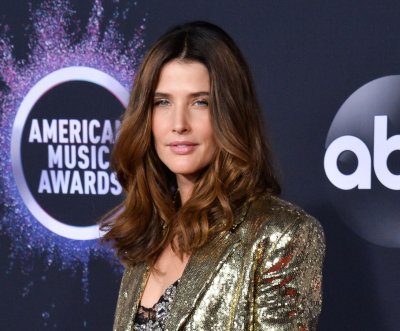 Entertainment News // 3 hours ago
WWE WrestleMania 36 predictions: Who will win?
April 3 (UPI) -- WrestleMania 36 is poised to be the most unique WrestleMania in WWE history as the big event is still forging ahead despite the COVID-19 pandemic.

Movies // 15 hours ago
SXSW to hold canceled film festival on Amazon streaming
April 2 (UPI) -- The South by Southwest Film Festival and Amazon announced a joint venture to stream films intended to premiere at the festival in March. Officials in Austin, Texas, canceled the event due to the coronavirus pandemic. 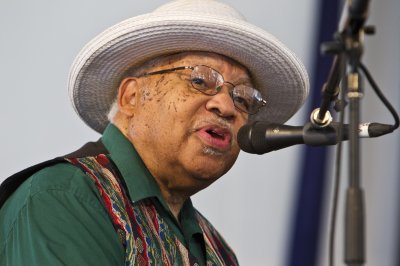