MANILA, Philippines, March 31 (UPI) -- Maria Venus Raj was disqualified as the Philippines' entry for this summer's Miss Universe beauty pageant after it was discovered she was born in Qatar.

Radio France Internationale said the 21-year-old aspiring journalist won the Miss Philippines-Universe contest and was due to compete in August's Miss Universe pageant, but she got the boot after local organizers realized she was born overseas to an Indian man and Filipina mother, who were not married.

Lilia Ambay of the Miss Philippines-Universe organization told RFI Raj was not disqualified because of questions regarding her citizenship, but rather because her birth certificate contained false information, such as she was born in the Philippines to married parents.

A runner-up from the Miss Philippines-Universe pageant is expected to take Raj's place in the Miss Universe contest, organizers said. The woman's name was not mentioned in the RFI report.

TV // 4 hours ago
'SATC' stars reunite for 'Just Like That' table read
June 12 (UPI) -- "Sex and the City" stars Sarah Jessica Parker, Cynthia Nixon and Kristin Davis reunited this week to rehearse for the show's upcoming followup, "And Just Like That." 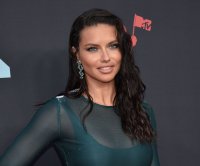 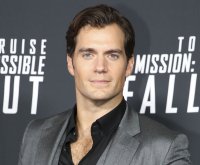 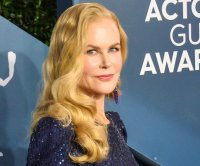