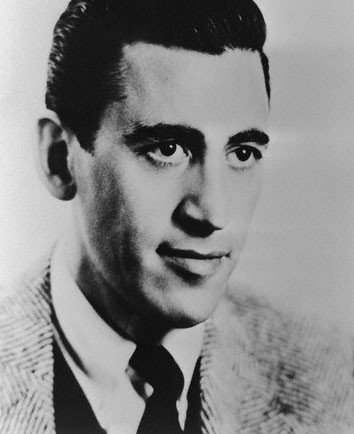 Reclusive U.S. author J. D. Salinger has died of natural causes at his home in Cornish, N.H., his literary agency said. He was 91.

"Despite having broken his hip in May, his health had been excellent until a rather sudden decline after the new year. He was not in any pain before or at the time of his death (Wednesday)," Salinger's literary representative, Harold Ober Associates, said in a statement issued to The New York Times.

Published in 1951, his novel "Catcher in the Rye" marked Salinger as a major voice in American fiction.

After that, readers scrambled to read his works as they appeared in The New Yorker magazine, before their publication in book form. His collection, "Nine Stories," in 1953, was followed by "Franny and Zooey" in 1961, and "Raise High the Roofbeam, Carpenters" and "Seymour an Introduction" in 1962.

Salinger took his solitude seriously. Not only did he eschew newspaper interviews and television talk shows, he lived alone in rural New Hampshire, outside the town of Cornish, with guard dogs.

Jerome David Salinger was born New Year's Day 1919 in New York. He attended Valley Forge Military Academy and began writing at the age of 15. He studied short story writing under Whit Burnett at Columbia University and attended two other colleges without graduating.

Salinger's first published story, in Story Magazine in 1940, was followed by a score of others for such magazines as Harper's, Saturday Evening Post, Esquire and Cosmopolitan. But he did not attract wide attention until the publication of "Catcher in the Rye," the first-person story of Holden Caulfield, a prep school student who spends a weekend in New York.

The book mainly deals with its hero's resistance to growing up in a world of adult phonies who betray youthful integrity. The title evokes Caulfield's desire to protect younger children from the scourge of adulthood. The theme made "Catcher" especially appealing to young readers and college students, and the quality of writing soon qualified the book for inclusion in college literature courses.

With "Nine Stories," Salinger began his story of the Glass family Les and Bessie, a former Jewish-Irish vaudeville act, and their gifted children. The eldest, Seymour, commits suicide in his 30s and that becomes central to all that follows.

In 1953, a high school student managed to interview the author for her school newspaper. The closest anyone else came was in 1978. A Canadian police reporter determined to meet the celebrated writer so pestered Salinger that the author prepared an ambush at the end of his gravel driveway. Before being driven off, the intruder recorded Salinger's view of life, later published in a newspaper account of the experience. It quoted Salinger as saying:

"I've gone through this so many times. There's no gracious way to tell you to leave. I'm becoming embittered.

"The words are a little different each time. People with problems, people needing to communicate, people wanting help for their careers. They've collared me in elevators, on the street, even here. I get stacks of mail and questions every day.

"But there are no generalizations. I'm not a teacher or a seer. I pose questions a little differently, perhaps. But I don't pretend to know the answers.

"When I started in this business I had no idea this was going to happen. In ways, I regret ever having been published. I'm a private person. Why can't my life be my own? I never asked for this and have done absolutely nothing to deserve it."

A reporter for United Press International in July 1987 got close enough to Salinger at his Cornish home, well-hidden by birch and maple trees, to describe the author as tall and pale with receding white hair, shaggy eyebrows and round shoulders.

In January 1987, a New York federal appeals court barred Random House from publishing a biography of Salinger that Salinger claimed violated his privacy.

Cornish's 1,000 residents seldom saw Salinger and conspired with the author to guard his privacy.

The author married Claire Douglas, a Jungian analyst, in 1953 and they had two children -- a daughter, Margaret, a writer, and a son, Matthew, an actor and film producer. The couple divorced in 1967.

Salinger is also survived by Colleen O'Neill, a nurse he wed in the 1980s. The Times said little is known about the marriage since O'Neill respected Salinger's desire for seclusion and didn't speak publicly about their relationship.