LOS ANGELES, June 30 (UPI) -- The future of the show "Pitchmen" is in doubt with the death of popular U.S. infomercial spokesman Billy Mays, the New York Daily News reported Tuesday.

Mays, who was found dead in his Tampa, Fla., home Sunday, was a key part of the Discovery Channel show, in which he and fellow pitchman Anthony "Sully" Sullivan would travel the country looking for new products to promote. But Mays's sudden death has put the show's future in limbo, the newspaper said.

"We're just focusing on trying to support the family," a Discovery spokeswoman said.

The show was well-received and had been a strong performer for Discovery, averaging 1.45 million viewers, representing a 42 percent increase from the time slot's performance of a year ago. The show also raised Mays's profile and earned him legitimacy with a wider audience, the Daily News said.

The cable network, which filmed a dozen episodes of "Pitchmen," said on its Web site it is planning an all-day marathon of the shows Wednesday capped by its season finale. 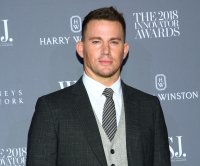