An estimated 36.3 million viewers tuned in to ABC's telecast -- an increase of 13 percent over the 2008 audience of 32 million, the lowest on record, Daily Variety said Monday. Despite the increased viewership, the 81st Academy Awards was the third-lowest rated Oscars ever, topping only last year's telecast and the 2003 presentation, which drew just 33 million viewers.

The ratings improvement is part of a broader trend for ABC, Variety said. The network is enjoying a ratings spike in prime time, largely resulting from original episodes of hit shows such as "Grey's Anatomy" and "Desperate Housewives."

The Sunday night Oscars show was the third major television program to show significant Nielsen improvement this month, Variety noted. The Super Bowl on NBC attracted a record U.S. audience of 98.73 million and the Grammy Awards on CBS drew 19.05 million, an increase of 11 percent over the 208 Grammys telecast.

"Slumdog Millionaire," praised by its champions as a story of hope over despair, won eight Oscars including one for best picture. The story of a young man who, against all odds, wins on a TV game show as a way to win love, "Slumdog Millionaire" won Oscars for director Danny Boyle and screenwriter Simon Beaufoy, as well as best score for A.R. Rahman and original song, "Jai Ho." 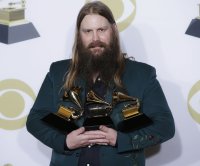 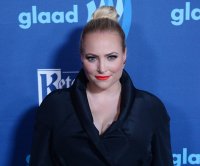 Entertainment News // 39 minutes ago
Meghan McCain says she was 'bullied' out of job at 'The View'
Oct. 21 (UPI) -- Meghan McCain discussed her exit from "The View" ahead of the release of her tell-all audio memoir, "Bad Republican."

TV // 1 hour ago
BBC offers first look at David Tennant, Stanley Tucci in 'Inside Man'
Oct. 21 (UPI) -- The BBC has released the first images from its upcoming miniseries, "Inside Man."

TV // 1 hour ago
Issa Rae recalls advice given for 'Insecure' finale: 'Don't 'Game of Thrones' it'
Oct. 21 (UPI) -- Issa Rae discussed ending her HBO series "Insecure" with its fifth and final season while appearing on "The Late Show with Stephen Colbert."