CHICAGO, Feb. 19 (UPI) -- A former Chicago journalist and aspiring film producer has sold a television series concept to CBS about the competitive business of organ transplantation.

The Chicago Tribune said Steve Boman shopped around his experiences as a transplant coordinator at the University of Chicago Medical Center, and CBS is casting and shooting a pilot inspired by them for a new, Pittsburgh-set, scripted drama called "Three Rivers."

The show reportedly would follow the physicians who perform organ transplants at a fictional medical center.

"It is a grueling job because it's at a moment's notice, and you have to be ready to go whenever and wherever," Boman told the Tribune.

"It is that high-stakes drama with a very strong ticking clock and it is always a life-or-death thing that is being pursued," said Boman, who also previously worked as a reporter for the former Daily Southtown in the mid-1990s. "With the major organ transplants ... a heart or a liver, they can die." 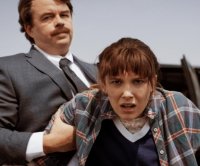 TV // 1 hour ago
TV review: 'Stranger Things' Season 4 impresses with teenage drama
LOS ANGELES, May 23 (UPI) -- "Stranger Things" Season 4 shows dramatic progressions in the storylines and performances, but it's still just as scary and exciting as before. 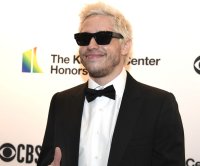