Etta to Beyonce: 'At Last' is my song

Beyonce played James and performed her signature tune in the 2008 film "Cadillac Records."

Although James didn't publicly object to Beyonce's portrayal on screen, TMZ reported Wednesday that the 71-year-old singer did complain to her fans at a concert last week about Beyonce being chosen instead of her to sing "At Last" at one of the 10 inaugural balls held Jan. 20.

"Your president, the one with the big ears ... he had that woman singing my song. She gonna get her ass whipped," TMZ quoted James as saying from the stage. "The great Beyonce... I can't stand Beyonce."

TMZ said Beyonce's representatives declined to comment on its story. 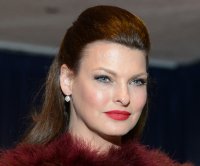