Actress Faye Dunaway arrives on the red carpet before a screening of the film "What Just Happened?" during the 61st Annual Cannes Film Festival in Cannes, France on May 25, 2008. The screening marked the close of this year's festival. (UPI Photo/David Silpa) | License Photo

The Oscar-winning actress is best known for her roles in the movies "Chinatown," "Network" and "Bonnie and Clyde."

Dunaway is to play a doctor in the episode of "Grey's" slated to air Feb. 19, ABC said.

Entertainment News // 1 hour ago
Larry the Cable Guy on politics: 'Everyone's sick of that stuff'
April 7 (UPI) -- Larry the Cable Guy is back with his first solo comedy special in more than a decade, and the longtime stand-up said not much has changed -- other than his material going from "PG-13" to "PG-12."

TV // 6 hours ago
Kelly Clarkson taping talk show from Montana home
April 6 (UPI) -- One new episode of "The Kelly Clarkson Show" will be taped each week in Montana through the spring, NBCUniversal said Monday.

TV // 7 hours ago
James Taylor named 'Mega Mentor' for Season 18 of 'The Voice'
April 6 (UPI) -- Singer-songwriter James Taylor has signed on to serve as the "Mega Mentor" on Season 18 of the musical competition series "The Voice," NBC said Monday.

TV // 8 hours ago
Colbert, Fallon, Kimmel to host 'Together at Home' concert
April 6 (UPI) -- A 2-hour concert event called "One World: Together at Home" is set to air across NBC, ABC, CBS and other global networks and platforms on April 18. 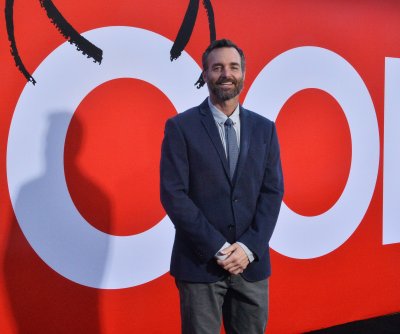