NEW YORK, Jan. 18 (UPI) -- The publicist for U.S. actor Jeremy Piven says the "Entourage" star had just cause to withdraw from the Broadway play "Speed-the-Plow."

Publicist Samantha Mast said in a released statement that while "Speed-the-Plow" producers have filed an official grievance against the 43-year-old Piven, her client was justified in leaving the stage production because his health was at risk, E! Online reported Saturday.

"The claims made by the producers of 'Speed-the-Plow' are absurd and outrageous," Mast said. "He withdrew from the play due to medical necessity on the advice of his doctors, after he was hospitalized and warned by his physicians that enforced rest was necessary in order to avoid serious medical problems, including a heart attack."

Mast said Piven, who plays agent Ari Gold on HBO's "Entourage," had not been paid his required salary before leaving the production last month.

The publicist said Piven's departure from the Broadway set was a personal disappoint for the actor as he had a "lifelong dream to perform on Broadway," E! Online reported. 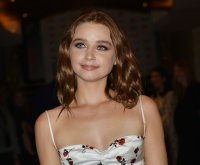