CHICAGO, Jan. 18 (UPI) -- NBC's medical drama "ER," which is due to end after its 15th season, was originally set in Boston not Chicago, a producer says.

"ER" Executive Producer John Wells said when the late author Michael Crichton created the series about life in a hospital emergency room, it was supposed to take place in Massachusetts where Crichton went to Harvard Medical School, the Chicago Sun-Times said Sunday.

Wells said the series' setting was only relocated to Chicago after creators had concerns "ER" may be forced to compete with "St. Elsewhere," a competing TV medical drama based in Boston.

"We didn't want that factor of competition added to our new show," Wells said.

Chicago was tabbed as the "ER" replacement for Boston due to the fact the Illinois city had St. Patrick's Day celebrations that fit events in Crichton's initial "ER" script, the producer told the Sun-Times.

"I told him that in Chicago they dye the river green," Wells said, "so that might be our best bet." 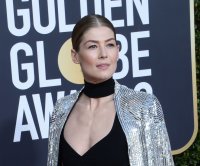 TV // 14 hours ago
'Bel-Air' teaser reimagines 'Fresh Prince' series as a drama
Jan. 26 (UPI) -- Newcomer Jabari Banks has his life flipped-turned upside down in the new teaser trailer for "Bel-Air," a dramatic reimagining of "The Fresh Prince of Bel-Air." 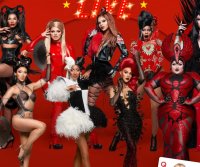