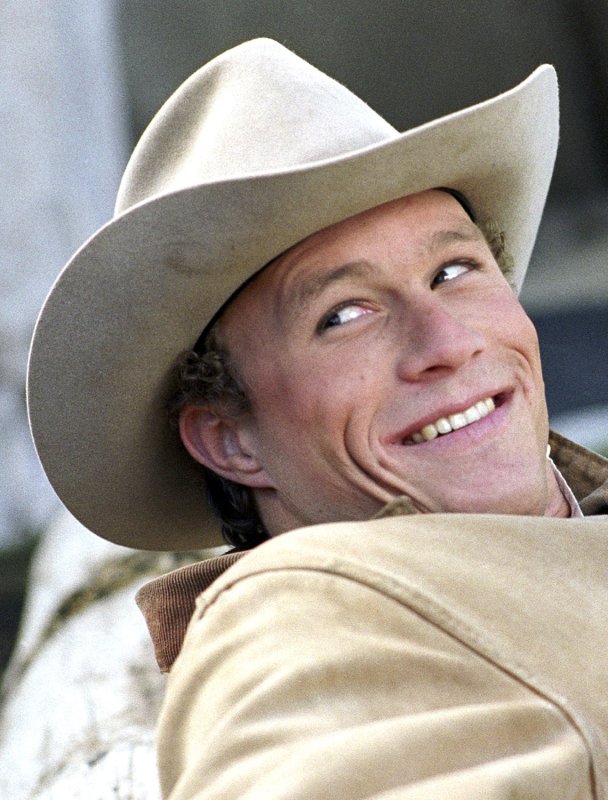 Australian actor Heath Ledger, shown in a scene from "Brokeback Mountain" in this undated publicity photo, died at the age of 28 on January 22, 2008. Ledger was found dead at a downtown Manhattan residence in a possible drug-related death, police said. (UPI Photo/Focus Features/Handout/Files) | License Photo

Heath Ledger arrives for the premiere of "I'm Not There" at the Chelsea West Theater in New York on November 13, 2007. (UPI Photo/Laura Cavanaugh) | License Photo

Ledger, who died in January 2008 at the age of 28, posthumously won the prize for best supporting actor for his portrayal of the evil Joker in the latest Batman adventure, "The Dark Knight." The film's director accepted the award on Ledger's behalf at the Golden Globes ceremony in Los Angeles.

"I should imagine that eventually it will be going to Matilda," Ledger's mother, Sally Bell, told People magazine. "At this stage, she is only so young, but down the track she will have all these things. It will belong to her because she is part of him."

Bell added that the late actor's family is "bursting with pride" over the accolades Heath has been earning for playing a role he "loved."

"It is such a fantastic and wonderful legacy for his daughter. Matilda will have so many people who will be able to speak to her about her father's abilities and (the) respect he had in the industry. That is such a wonderful legacy to leave," Bell told the magazine.

Matilda is Ledger's daughter by his one-time fiancee, actress Michelle Williams. The couple had broken up several months before Ledger's death of an accidental prescription drug overdose.

Music // 35 minutes ago
Lil Nas X teases song with Miley Cyrus ahead of 'Montero' album release
Sept. 16 (UPI) -- Lil Nas X shared a clip of "Am I Dreaming," a new song featuring Miley Cyrus, ahead of the release of his album "Montero."

Entertainment News // 3 hours ago
Reba McEntire rescued after staircase collapses in historic Oklahoma building
Sept. 16 (UPI) -- Singer and actress Reba McEntire said she is grateful she escaped unharmed when the staircase crumbled in an historic building she was touring.