The 18-year-old was sentenced to five years of probation in relation to an August 2007 car accident in which a passenger in a car driven by Bollea suffered permanent brain damage, The Tampa (Fla.) Tribune said Wednesday.

Bollea pleaded no contest to a reckless driving charge regarding the crash and served 166 days of an 8-month jail sentence before being released last October.

The teenager has already completed a driving under the influence course as part of his punishment for the accident, which severely injured Iraq war veteran John Graziano.

Florida Department of Corrections spokeswoman Jo Ellyn Rackleff said Bollea now wants to relocate to California and has officially applied for permission for the move.

Rackleff told the Tribune that Bollea's application has yet to be approved, meaning he will remain under probation supervision in Clearwater, Fla., until a decision is made in the matter. 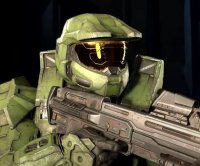