Actor Chris Pine (R), who co-stars in the motion picture comedy "Just My Luck" with Lindsay Lohan, arrives with his girlfriend Soleil Carradine for the premiere of the film in Los Angeles, California on May 9, 2006. The movie tells the story of Manhattan socialite Ashley Albright (Lohan) who accidentally swaps her good luck with a guy after kissing him. The film opens in the U.S. on May 12. (UPI Photo/Jim Ruymen) | License Photo

LOS ANGELES, Dec. 12 (UPI) -- Paramount Pictures and IMAX Corp. Friday announced that Hollywood's new version of "Star Trek" will be released in both IMAX and conventional theaters May 8.

"We're excited to share the enhanced IMAX version of this film with the millions of dedicated fans who have been anticipating this release since production began," Rob Moore, vice chairman of Paramount Pictures, said in a statement. "The IMAX experience adds that extra level of excitement to an already action-packed film, giving moviegoers a premium 'event' at the multiplex."

"I'm thrilled that audiences will be able to experience this new, epic world of 'Star Trek' -- with an incredible cast and mind-blowing visual effects -- on what is, obviously, the most remarkable film format in the world," added Abrams. 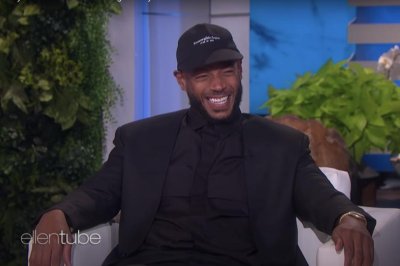