PHILADELPHIA, Nov. 23 (UPI) -- Photojournalist Bette S. Garber, best known for her photos and stories of the trucking industry, has died in Philadelphia at the age of 65, her brother says.

Garber's brother, Joel Friedman, said his sister died of pneumonia Nov. 13, ending a life that saw her switch from fashion copywriting to covering the world of trucking, The New York Times said Sunday.

Garber taught herself photography and spent nearly three decades documenting the daily lives of truckers through her photos and stories.

Her stories were published in numerous industry magazines including RoadStar, Truckers News and American Trucker.

Garber also portrayed the typically over-looked industry in a series of coffee-table books such as "Custom Semi" and 2008's "Ultra-Custom Semi Trucks."

Garber's fascination with the trucking world was partially fueled by CB radio chatter during her travels for the electron microscopy company, Structure Probe, which she founded with her then-husband, Charles Garber, in 1970.

The Times said in addition to her brother, Garber is survived by her sister, Myra Friedman, and her companion, Leo Trotman. 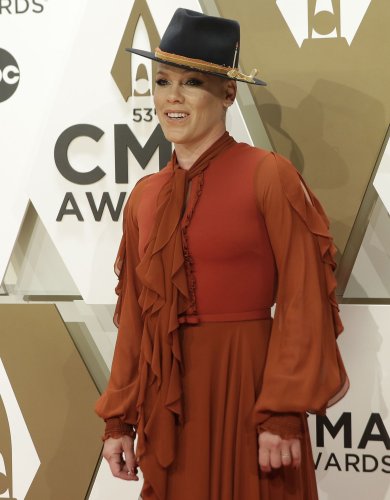 Music // 16 hours ago
Pink tells her story to daughter in 'All I Know So Far' music video
May 7 (UPI) -- Pink released a video featuring her daughter, Willow, and Cher for the song "All I Know So Far."