Hundreds of 'Twilight' screenings sold out

LOS ANGELES, Nov. 20 (UPI) -- Hundreds of Thursday midnight screenings of the vampire flick "Twilight" have been sold out in the United States, the ticket broker Fandango reported.

The company said theater owners are adding additional showtimes -- some as late as 2:45 a.m. Friday -- to meet the demand for tickets.

Based on the popular young-adult novel, "Twilight" has eclipsed both "Harry Potter and the Goblet of Fire" and "Harry Potter and the Order of the Phoenix" on Fandango's list of Top 10 Advance Ticket-Sellers -- taking the No. 3 spot and knocking "Goblet" down to No. 4 and "Phoenix" to No. 5.

"Star Wars Episode III: Revenge of the Sith" is No. 1, followed by "The Dark Knight," Fandango.com said.

"It's our fastest ticket-seller since 'The Dark Knight,'" Rick Butler, chief operating officer of Fandango, said in a statement. "The impressive advance ticket sales are clearly the result of the growing Internet buzz from the novel's online fans. There are so many moviegoers staying up late to see the movie at midnight that 'Twilight' might single-handedly boost coffee sales on Friday morning." 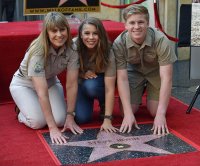