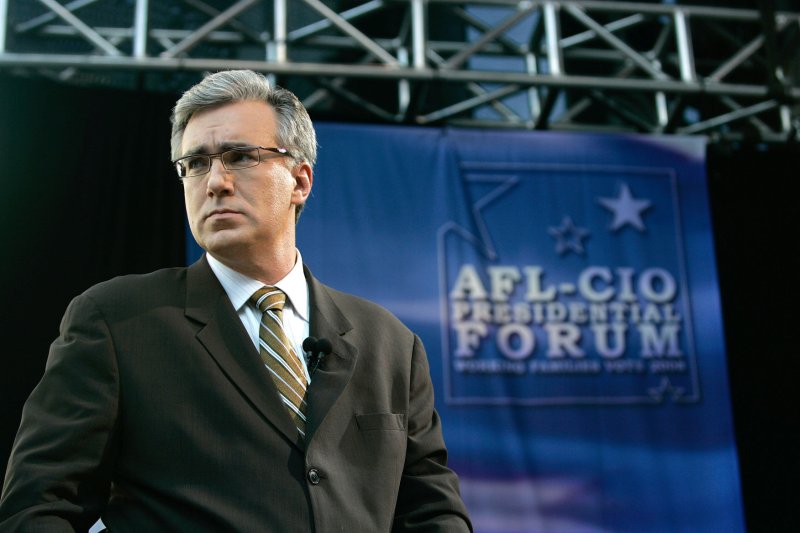 MSNBC correspondent Keith Olbermann, moderator of an AFL-CIO presidential forum, stands on stage before the start of the forum at Soldier Field in Chicago on August 7, 2007. (UPI Photo/Brian Kersey) | License Photo

NEW YORK, Nov. 10 (UPI) -- Keith Olbermann and his program "Countdown with Keith Olbermann" will remain at MSNBC for at least four more years, it was announced Monday.

The new four-year agreement calls for Olbermann to continue as host of "Countdown." Additionally, Olbermann will play a prominent role in MSNBC's coverage of all major news events and he will also continue to be the co-host of NBC's "Football Night in America" studio show, MSNBC said.

"Keith Olbermann is at the core of MSNBC's current success," MSNBC's President Phil Griffin said in a statement. "'Countdown' is our signature program and I'm thrilled that we're going to be able to bring it to Keith's loyal viewers for another four-year term."

"I'm delighted that we can continue to lock 'Countdown' into the nation's political dialogue through at least the next election," added Olbermann. "Personally, I noticed that as of about six weeks ago, I'd been doing this show longer than I did 'SportsCenter,' so it's delightful to have a true home."