(From L to R) Director Bobby Farrelly, actress Malin Akerman, actress Michelle Monaghan and director Peter Farrelly arrive on the red carpet during the 33rd American Film Festival of Deauville in Deauville, France on September 8, 2007. The crew is at the festival with their film "The Heartbreak Kid". (UPI Photo/David Silpa) | License Photo

"There's Something About Mary" filmmakers Bobby and Peter Farrelly will direct the Stooges movie from their screenplay.

The announcement was made Monday by Mary Parent, chairman of the Worldwide Motion Picture Group.

"The Three Stooges are a timeless staple of comedy and when we heard what the Farrellys had in mind, we knew it was time for Larry, Moe and Curly to return to the big screen," Parent said in a statement.

There have been numerous manifestations of The Three Stooges, but their relationship with MGM dates back to 1933 when the trio appeared in a series of shorts and features for the studio.

The Farrelly Brothers have been working on a modernization of the Stooges' "slapstick with heart" concept since the mid-90s, but it was their decision to focus on an origin story for Larry, Moe and Curly and, thus, introduce the three to a new generation that "pushed the picture onto the fast track," MGM said.

"We love The Stooges! They have been sending the world into hysterics for more than 80 years," Peter Farrelly said. "Moviegoers today deserve their own Stooges and we look forward to introducing them to a new generation of knuckleheads."

Music // 9 hours ago
Seventeen want everybody to dance in 'Hot' music video teaser
May 24 (UPI) -- K-pop group Seventeen shared a new preview of its video for "Hot," the title track from its album "Face the Sun." 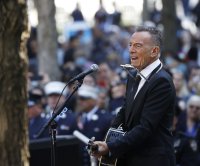 Music // 10 hours ago
Wynonna Judd, Waxahatchee team up for duet 'Other Side'
May 24 (UPI) -- Wynonna Judd and Katie Crutchfield of Waxahatchee have joined forces for a new collaborative song titled "Other Side."

TV // 10 hours ago
'Love Island' Season 8 coming to ITV2 in June
May 24 (UPI) -- British dating reality series "Love Island" will return for an eighth season on ITV2 in June. 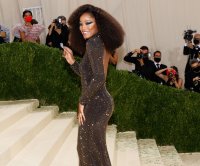