CEDAR RAPIDS, Iowa, Aug. 9 (UPI) -- Country music singer Taylor Swift said during a concert in Cedar Rapids, Iowa, that she has donated $100,000 to the Red Cross to help with flood relief.

People magazine said Saturday that the "Our Song" star informed those in the audience during the concert that she had donated the money to the local chapter of the relief agency to help the flood-beleaguered region.

The 18-year-old told People that she was compelled to make the donation after Grand Rapids residents supported her despite the problems brought by this year's flooding.

"The people in this town have been through so much loss this year, and my heart goes out to them," Swift said. "They've stood by me, they gave me a sold-out show. You've got to pay it forward in life, and that's what I'm doing here tonight."

A source close to the music star told the magazine that Swift was prepared to cancel Friday's concert before she heard from the mayor of Grand Rapids, which was devastated by flooding two months ago.

"Taylor was going to cancel the concert, thinking few people could attend, but the mayor of Cedar Rapids asked her to carry on," the unidentified source said. 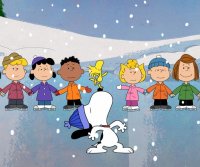