The New York native had fallen and was awaiting surgery to repair a broken femur at the time of his death Monday. He was 92.

Nicola Rescigno had maintained a residence in a suburb of Rome for most of his life and lived there full-time since his gradual retirement in the 1990s.

He was part of a musical family with his father a trumpeter at the Metropolitan Opera for 30 years. Several of his brothers and cousins also became professional musicians.

Educated at an Italian boarding school, Rescigno went on to study at the famed Juilliard School in New York and began his career as a conductor of opera.

In 1953, Rescigno co-founded the Lyric Opera of Chicago, along with Carol Fox and Lawrence Kelly. Four years later, Kelly and Rescigno moved to Dallas to found the Dallas Opera where Rescigno remained until 1990, while also free-lancing as a conductor at most of the world's major opera houses.

Rescigno is survived by his companion of 40 years, Aldo Marcoaldi; and also by his two sisters, Rita Pignatelli and Dolly Di Napoli and 10 nieces and nephews, including Joseph Rescigno, the opera conductor and artistic adviser of the Florentine Opera Company of Milwaukee, Wis.

Entertainment News // 2 hours ago
Kaya Scodelario and Benjamin Walker expecting second child
Sept. 19 (UPI) -- The Maze Runner and Pirates of the Caribbean: Dead Men Tell No Tales actress Kaya Scodelario has announce on Instagram she is pregnant with her second child. 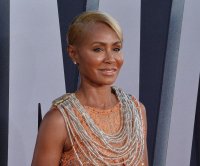