ARCIDOSSO, Italy, July 15 (UPI) -- Irish actor Paudge Behan has been released after he was questioned in connection with the stabbing death of a 72-year-old businesswoman in Italy, police said.

The 43-year-old actor, who has appeared in the films "A Man of No Importance," "Conspiracy of Silence" and "Veronica Guerin," is the son of former Irish Republican Army chief of staff Cathal Goulding and the stepson of late Irish playwright Brendan Behan.

The Daily Telegraph said Paudge Behan was interviewed by police in Arcidosso, not far from where the body of Silvana Abate was discovered in her villa Saturday.

The actor was released after questioning, but told he was under suspicion in connection with the woman's death.

Police told the Telegraph they inspected Behan's car and confiscated a knife, as well as searched his home for traces of blood, but then returned the property to Behan.

Although the newspaper said Behan was the only suspect in the case, the actor's attorney, Mario Tamberi, insisted, "I am confident that my client will soon be completely cleared of suspicion."

"I had nothing to do with it. I didn't even know the woman. I've got nothing to hide," Behan said on Italian television.

TV // 20 minutes ago
'Quiz,' new drama series, to premiere May 31 on AMC
April 7 (UPI) -- "Quiz," a show about Charles (Matthew Macfadyen) and Diana Ingram's (Sian Clifford) attempted heist on "Who Wants to be a Millionaire?," is coming in May. 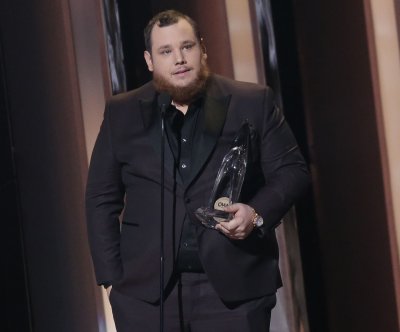 Music // 1 hour ago
Luke Combs shares fan stories in 'Does to Me' music video
April 7 (UPI) -- Country music singer Luke Combs released a video for "Does to Me," his single featuring Eric Church.