The former "Idol" finalists are serving as the entertainment at San Francisco's Rrazz Room for a nine-week stint, showing off their above-average singing voices, the San Francisco Chronicle reported Friday.

The three singers, who reached the early portions of the final rounds on the popular TV series, performed Wednesday, singing tunes such as "Last Dance" and "If I Would Ever Leave You."

The Chronicle said also noted that while former "Idol" contestants Chris Daughtry and Clay Aiken remain the most successful finalists to date, other finalists from the series are taking part in an "Idols" tour taking part this summer. 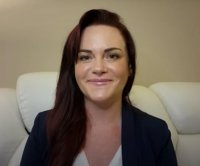 Music // 52 minutes ago
Drake turns down Grammy Awards nominations
Dec. 7 (UPI) -- Drake asked the Recording Academy to remove him as a nominee from the 64th annual Grammy Awards.

TV // 2 hours ago
Jennifer Lawrence on Hollywood hiatus: 'The world should take a break'
Dec. 7 (UPI) -- Jennifer Lawrence discussed taking a break from acting while appearing on "The Late Show with Stephen Colbert."