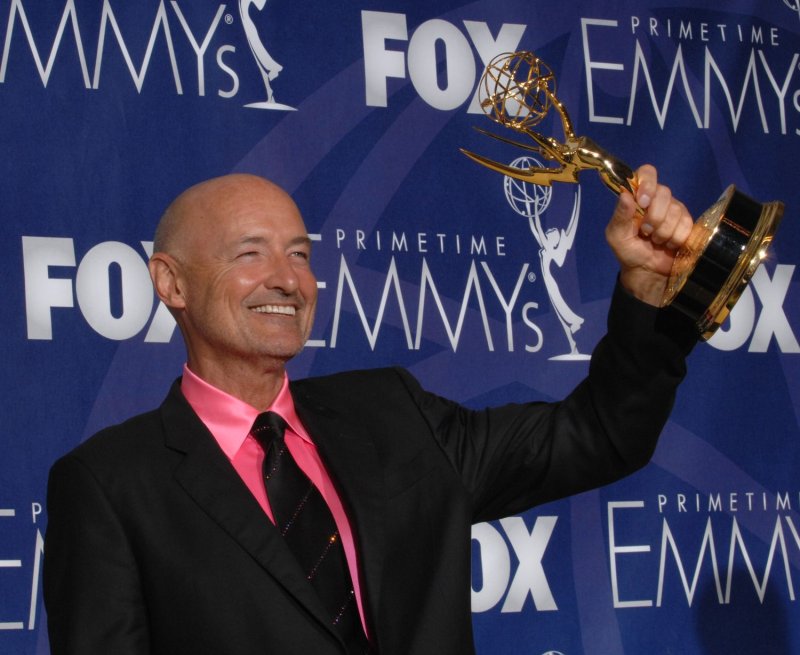 Terry O'Quinn holds his Emmy for work on 'Lost" at the 59th Primetime Emmy Awards at the Shrine Auditorium in Los Angeles on September 16, 2007. (UPI Photo/Scott Harms) | License Photo

LOS ANGELES, July 1 (UPI) -- An online book club spotlighting volumes depicted in the past four seasons of the U.S. mystery adventure series "Lost" has been established on ABC.com.

ABC, the network that airs the popular series, said the "Lost Book Club" list is to be updated regularly on its Web site and will also be featured on iTunes.

The club was created to give fans new insight on books that have been either seen or referenced throughout the previous seasons of "Lost."

Also available on ABC.com will be a message board to discuss the titles, a synopsis of each book, along with when and how it was referenced in the show, and an introduction by co-creator/executive producer Damon Lindelof and executive producer Carlton Cuse, ABC said.

Examples of how books figure into the "Lost" landscape: Sawyer is seen reading "Watership Down," Juliet holds a book club meeting to discuss "Carrie" and an orientation film is found hidden behind a copy of "The Turn of the Screw."