'Deal or No Deal' gets 'Star Wars' theme 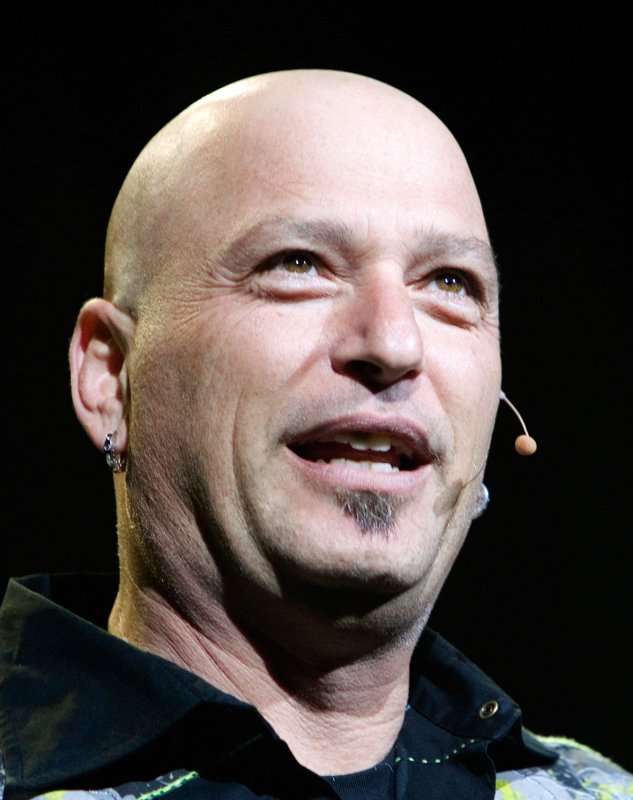 "Star Wars" robots C3PO and R2D2 are displayed at the Treasures of American History exhibit hosted by the Smithsonian's National Air and Space Museum in Washington on November 16, 2006. Artifacts from the American History Museum will be on display until the museum reopens after renovations. (UPI Photo/Roger L. Wollenberg) | License Photo

A Chewbacca character poses for photographers at the premiere of "Star Wars: Episode III- Revenge of the Sith" in the Westwood section of Los Angeles May 12, 2005. The film, the third and final prequel of the "Star Wars" series, opens May 19..(UPI Photo/Jim Ruymen) | License Photo

The two-hour "winner take all" episode is to run April 28 and feature appearances by Chewbacca, R2D2 and Carrie Fisher, the actress who played Princess Leia in three films in the "Star Wars" franchise.

The character of Darth Vader is also expected to fill in as the "Deal" banker, while the show's models are to be replaced by Imperial storm troopers, the network said.

In the episode, two contestants will compete for nearly $2 million. The players will each play their own game and whoever has the highest amount at the end of his or her game will take home both winnings, leaving the other with nothing, NBC said.

Entertainment News // 17 hours ago
Tom Hanks, Rita Wilson back home after coronavirus treatments in Australia
March 29 (UPI) -- Oscar-winning actor Tom Hanks and his wife, actress Rita Wilson, have returned home to the United States after being treated for two weeks for the coronavirus in Australia.