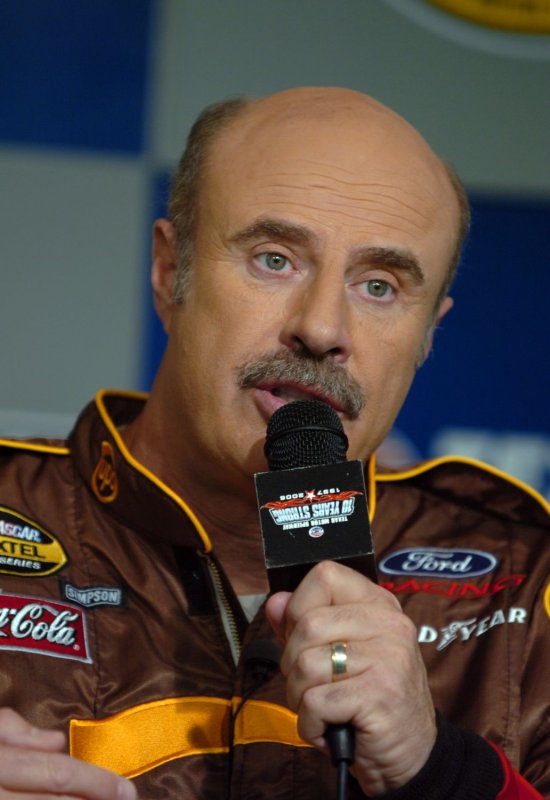 Dr. Phil McGraw talks to the media about the U.S. Marine Corps Reserves Toys for Tots program prior to the NASCAR Dickies 500 at Texas Motor Speedway in Ft. Worth, TX on November 5, 2006. The McGraw teamed up with NASCAR to help raise awareness of the program. (UPI Photo/Ian Halperin) | License Photo

The decision to ax the Spears-themed program slated to run Tuesday came after McGraw was widely criticized for going to see Spears this weekend while she was hospitalized and undergoing drug and alcohol tests, as well as a psychological evaluation.

"At the request of concerned family members, I visited Britney Spears in the hospital. The details of that visit will, of course, remain private. We had planned to tape a 'Dr. Phil Now' show today, focusing not on the tabloid side of Britney's latest problems, but instead on the very serious issues surrounding this case," McGraw said in a statement on the show's Web site.

"Clearly, it is not just Britney's family struggling to find a way to protect adult children who cannot be ordered or compelled to seek help. Because the Spears situation is too intense at this time, and out of consideration to the family, I have made the decision not to move forward with the taping at this particular time. Britney and her family are in our prayers, and we ask that they be in yours." 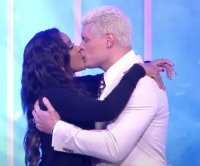 Entertainment News // 13 hours ago
What to stream this weekend: 'Luca,' 'Physical'
June 18 (UPI) -- "Luca," "Physical," "Fatherhood," "Evil" Season 2, a "Black-ish" marathon in honor of Juneteenth and "Ricky and Morty" Season 5 are some of the entertainment options streaming this weekend.