FORT WORTH, Texas, Nov. 8 (UPI) -- Country music icon Hank Thompson has died of lung cancer at his Fort Worth, Texas-area home at the age of 82.

An announcement on the singer's Web site said he had died Tuesday.

Well-known for his classic drinking song "A Six Pack to Go," Thompson was credited with making country music's first live album, "At the Golden Nugget," in 1961.

Frequently seen wearing rhinestone-studded suits, he was performing until last month and only recently canceled a tour celebrating his seventh decade in music because he was suffering from the fast-moving illness.

Among his hits were "Whoa Sailor," "Humpty Dumpty Heart" and "The Wild Side of Life."

Lyle Lovett, who sang on Thompson's "And Friends" album in 1997, described Thompson as "a true gentleman."

"I feel honored to have known him and to have gotten to sing with him," Lovett told the Houston Chronicle of Thompson, who was inducted into the Country Music Hall of Fame in 1989.

Singer Jesse Dayton told the newspaper: "(Thompson) was a real old-school gentleman -- the nice suit, the whole thing. A lot of people don't realize, he was one of the early stars. And those bands he had were simply amazing. They were like hillbilly jazz players."

Thompson is survived by his wife, Ann. 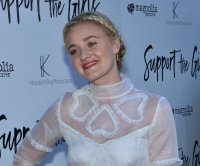