NEW YORK, April 27 (UPI) -- Actress Anne Pitoniak, who blossomed into a star on New York's Broadway in her 60s, has died of complications of cancer at age 85.

Pitoniak received Tony nominations for her 1983 Broadway debut performance in "'night, Mother" and a 1994 revival of "Picnic."

Pitoniak's acting career was in television and radio commercials until the mid-1970s, when she entered the Lee Strasberg Theater Institute. From there, she went to the Actors Theater of Louisville, Ky., where she landed a role in "Getting Out" and eventually went with "'night, Mother" to New York.

She continued acting in TV, appearing on such shows as "Law & Order: Special Victims Unit" and "Third Watch."

Several years ago, Pitoniak told TheaterMania.com she never put "actress" on any form of identification. But after "Amy's View," in which she appeared at age 77, she said: "For the first time I felt that, if I had to get a passport today, I'd put it down. I'd say that I am an actress."

Pitoniak was also survived by a daughter, Susan, a grandson, two sisters and a brother.

Movies // 33 minutes ago
'Shang-Chi' clashes with his father in new trailer
June 25 (UPI) -- Simu Liu's Shang-Chi is being tested by his father Wenwu (Tony Leung) in the latest trailer for Marvel's next superhero epic, "Shang-Chi and the Legend of the Ten Rings." 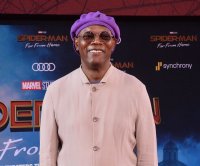 TV // 1 hour ago
Andrew Garfield, Daisy Edgar-Jones to star in FX limited series
June 25 (UPI) -- FX has announced it ordered a limited series based on Jon Krakauer's book, "Under the Banner of Heaven."