'Producers' bows out of Broadway scene

NEW YORK, April 23 (UPI) -- The curtain fell for the last time Sunday on the hit musical comedy "The Producers," which closed three days after its sixth anniversary on New York's Broadway.

During its 2,500-plus performance run, the Mel Brooks-Thomas Meehan smash earned 12 Tony Awards in its debut year, including Best Musical.

"The last six years working on this show have been pure joy for me," Brooks said in a statement. "There is not a single person who has ever been involved with this production to whom I am not gratefully indebted to for their talent, devotion and support during the run of 'The Producers.'"

"The Producers," based on Brooks' same-titled, Academy Award-winning film, tells of a down-on-his-luck theatrical producer and a nebbish accountant hatching the consummate con: raise more money than needed for a sure-fire Broadway flop and pocket the difference. Their sure-fire flop, "Springtime for Hitler," becomes an a sure-fire hit.

An announcement about the production of Brooks' new musical, "Young Frankenstein," with a score by Brooks and book by Brooks and Meehan, is expected soon.

Music // 21 hours ago
Taylor Swift releases alternate version of 'The Lakes'
July 24 (UPI) -- Taylor Swift shared on social media an alternate, orchestral version of her song, "Lakes," in time for the first anniversary of her eighth studio album, "folklore." 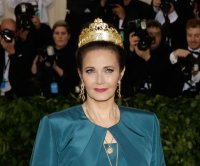