Queen Latifah shows her serious side

In the film, Latifah plays a wife and mother who is a reformed drug user living with AIDS in New York, the New York Daily News reported.

Latifah, born Dana Owens, has gotten big laughs with her roles in TV's "Living Single," as well as popular comedy films "Bringing Down the House," "Beauty Shop," and "Taxi". She also landed an Academy Award nomination for "Chicago."

But now with the debut of "Life Support" on March 10, the newspaper said, the world will get to see that Latifah can also play an AIDS victim in a heart-wrenching true story based on the life of director Nelson George's sister, Andrea Williams.

"I think Andrea Williams' biggest impact on me was, I was remembering constantly that I'm not just playing a part -- that there's a person behind every word I say in this movie," said Latifah.

TV // 2 hours ago
Perry Mattfield: 'In the Dark' reinvents itself in Season 3
LOS ANGELES June 23 (UPI) -- "In the Dark" star Perry Mattfield discusses the changes facing her character, Murphy, in the CW drama's third season.

Movies // 14 hours ago
Idris Elba in trouble for hurting Superman in new 'Suicide Squad' trailer
June 22 (UPI) -- Warner Bros. released a new trailer for "The Suicide Squad" on Tuesday. The film opens Aug. 6 in theaters and on HBO Max. 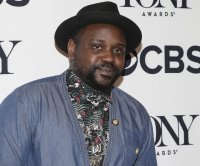