WASHINGTON, Feb. 15 (UPI) -- A bill that would bar satellite radio from airing local programming that differs between markets was introduced in the U.S. House of Representatives.

"Local broadcast radio stations are an important source of local news and weather programming and other local broadcast services critical to the public," the bill read, particularly in times of emergencies or disasters "when other means of communications may not be available."

The National Association of Broadcasters supports the bill, saying it appreciates the representatives' recognizing "the unique role that local radio stations play in communities across America."

In a statement, XM Satellite Radio opposed the measure, calling it "special interest legislation" that would prohibit satellite radio "from broadcasting local traffic, weather, and emergency alert information on our national platform."

Movies // 18 hours ago
Val Kilmer 'overwhelmed' by positive response to 'Top Gun' sequel
May 21 (UPI) -- Val Kilmer wrote on Instagram that he is happy with the response to "Top Gun: Maverick," the long-awaited sequel to his 1986 classic, "Top Gun." 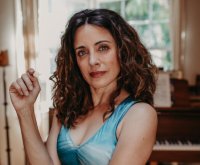