LONDON, Feb. 13 (UPI) -- British actress Dame Judi Dench will watch the Academy Awards this month from her bed as she recuperates from leg surgery, the six-time nominee said.

Dench, 72, said she will be admitted to the hospital before the Feb 25 Oscars presentation for the surgery, the BBC said Tuesday.

"The thing about the Oscars, it's strange because in the theater you would say, 'Break a leg'," she said. "I can't because I'm to have a knee operation. ... I'm going to have my leg broken and put back together. I will watch and cheer from my bed."

Dench was nominated in the best actress category for her role as a scheming teacher in London-based drama "Notes On A Scandal." She previously won an Academy Award for her supporting role in 1998's "Shakespeare In Love." 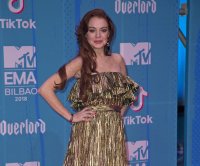 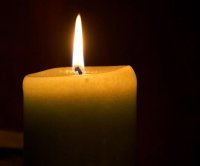 Entertainment News // 21 hours ago
'X-Factor,' 'AGT' alum Thomas Wells dead at 46
Nov. 27 (UPI) -- Thomas Wells has died in a work-related accident at an Oklahoma tire manufacturing plant, his wife Jessica Wells has announced. He was 46.

Entertainment News // 2 days ago
Jimmy Kimmel shares photo of results from Thanksgiving mishap
Nov. 26 (UPI) -- Jimmy Kimmel posted a photo on Instagram showing the results of a mishap he had while cooking his Thanksgiving feast.
Advertisement