LOS ANGELES, May 12 (UPI) -- The father of murder victim Ron Goldman says O.J. Simpson's "punk'd" style DVD in which he tries to sell his infamous Ford Bronco is "morally reprehensible."

One of the pranks has Simpson trying to sell the infamous white Bronco at a used car lot, telling a prospective buyer: "The car has escapability (sic), if you ever get into some trouble."

Simpson, who still owes $33.5 million to the families of Ron Goldman and his former wife, Nicole Brown Simpson, plans to market "Juiced" on the Internet.

Brown family attorney Gloria Aldred told "Inside Edition" she hopes any money raised by the video sales would go toward satisfying the jury award. Attorneys for the Goldman family said they were looking into forcing Simpson to turn over any profits made by sales of the DVD.

Fred Goldman told "Inside Edition" the DVD was "morally reprehensible" and "disgusting." The victims' father also called proceeds from the DVD "blood money." 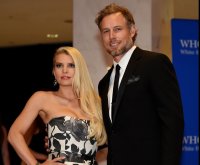 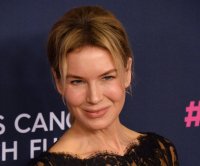