Portman throws vanity to the wind

LONDON, March 9 (UPI) -- Actress Natalie Portman says she was not bothered by having to shave her head for her role in "V For Vendetta."

It was "kind of wonderful to throw vanity away for a bit," Portman, 24, told the Daily Mail at the London premiere of the political thriller.

"V For Vendetta" is based on the comic strips of the same name that became a cult novel in 1988. Portman stars as a woman who becomes involved in a futuristic terrorist attack on Britain's Houses of Parliament.

"Ultimately it's an action movie, it's very entertaining but after you leave you will have a lot to fight about," Portman told the newspaper.

TV // 4 minutes ago
Jack Huston to star in Amazon's 'Expats' series
June 18 (UPI) -- Jack Huston is set to star in the television adaptation of Janice Y.K. Lee's novel, "The Expatriates." 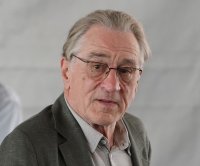 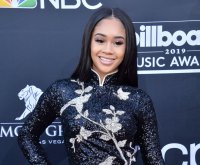 TV // 1 hour ago
'Never Have I Ever': Devi juggles Ben, Paxton in Season 2 trailer
June 18 (UPI) -- "Never Have I Ever," a comedy-drama series created by Mindy Kaling, will return for a second season on Netflix in July.