It is the first time in the award's 30-year history that it has been presented to a film. The award is given annually to "those committed to the advancement of civil and human rights," LCCR Executive Director Wade Henderson told Daily Variety.

The film will receive the honor May 4 for the organization's annual dinner in Washington. 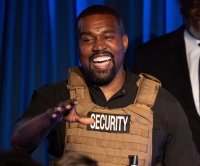