LONDON, March 1 (UPI) -- Former Sex Pistol and one-time foul mouth Glen Matlock now thinks it is "pathetic" when people curse for the sake of it, the Guardian reported Tuesday.

Matlock and his Sex Pistols bandmates shocked British viewers in December 1976 with a string of profanities at the end of a live TV broadcast.

Now the bass player is 48, has two children and hates it when his kids hear profanity on the radio.

"It's pathetic when people just swear for the sake of it," Matlock said in a Channel 4 interview.

The interview is to be broadcast Sunday in a program that examines TV shows that raised censors' ire.

Sid Vicious replaced Matlock in the Sex Pistols' lineup in 1977.

Movies // 1 hour ago
Jude Law, Carrie Coon made a marriage story without divorce
PARK CITY, Utah, Jan. 29 (UPI) -- Jude Law and Carrie Coon play a married couple going through a rough patch in "The Nest." The actors wanted to portray a tumultuous relationship with some hope of reconciliation.

Brie Bella, Nikki Bella both pregnant: We 'are shocked' 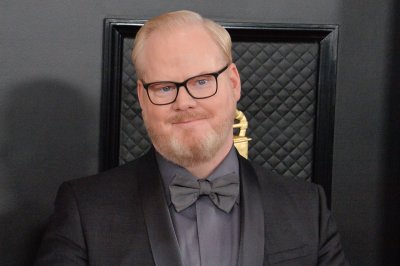