Auctioneer Dawson and Nye will offer objects related to Warrick's first movie, the legendary "Citizen Kane," and the TV soaps for which she later became famous, "Peyton Place" and "All My Children."

From "Citizen Kane," movie buffs will be able to bid on a bound 25th anniversary edition of the script signed in 1966 by director/star Orson Welles, co-star Joseph Cotten and Warrick, who played Charles Foster Kane's first wife, Emily, in the 1941 film.

Most of the items come from Warrick's Park Avenue apartment, including furniture, paintings (including one floral piece painted by Warrick's friend, Gloria Vanderbilt), movie posters (including one for Warrick's second movie, "The Corsican Brothers," co-starring Douglas Fairbanks, Jr.), a number of autographed books, and signed scripts from "Peyton Place" and "All My Children."

Entertainment News // 12 hours ago
'Thanks a Million': Jennifer Lopez gives back in first trailer
March 31 (UPI) -- Jennifer Lopez and a group of celebrities pay it forward by giving away $100,000 in the new trailer for upcoming Quibi series, "Thanks A Million."

Entertainment News // 12 hours ago
Fox Sports to offer pay-per-view presentation of WWE WrestleMania 36
March 31 (UPI) -- WWE and Fox Sports have teamed up to air WrestleMania 36 through the Fox Sports App and FoxSports.com for $59.99.

Movies // 13 hours ago
Sony delays new 'Ghostbusters,' 'Morbius' to 2021
March 31 (UPI) -- Sony Pictures has announced that its upcoming slate of films including "Ghostbusters: Afterlife" and "Morbius" have been pushed back until 2021 amid the COVID-19 pandemic. 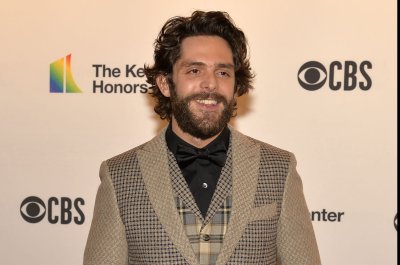