NEW YORK, Nov. 5 (UPI) -- U.S. singer R. Kelly, feuding with Jay-Z, said in a radio interview that the deaths of rappers Biggie Smalls and Tupac Shakur taught him a lesson.

In a radio interview scheduled to air this weekend, Kelly told the syndicated disc jockey Big Tigger the memory of the murdered rappers prevented him from taking matters into his own hands when he heard what Jay-Z said in his own radio interview, reported the New York Post Friday.

"Even when he went against me on the radio, talking about me real bad, I didn't go to the radio station trying to go at him like that," Kelly said. "Biggie and Tupac taught me we shouldn't go at things that way."

Kelly, who had been on tour with Jay-Z, had described the R&B singer as "unprofessional and unpredictable."

Last weekend, Kelly alleged a member of Jay-Z's entourage pepper-sprayed and prevented him from returning to the stage. The double-bill tour was canceled but Jay-Z is reported planning to tour on his own.

Kelly is suing Jay-Z for $75 million. 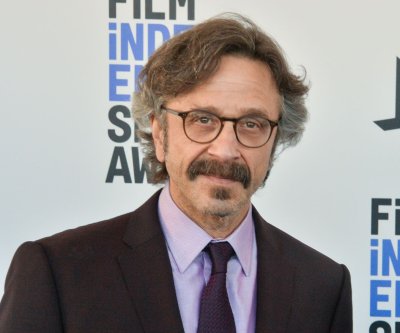 Entertainment News // 6 hours ago
Anya Taylor-Joy says her 'Emma' is a 'hot mess'
Feb. 17 (UPI) -- Anya Taylor-Joy discussed how her movie "Emma" differs from previous adaptations and shared her playlist for the film.