BURBANK, Calif., Sept. 10 (UPI) -- The Walt Disney Co.'s Michael Eisner has opted to step down from his top executive post, ending his two decade reign over the U.S. entertainment empire.

Eisner, in an announcement expected Friday, will not renew his contract as chief executive officer when it expires in September 2006, news that follows months of corporate tension in which board members and stockholders sought Eisner's removal, the Wall Street Journal said.

Though the company flourished under Eisner, who took the reins in 1984, in the first decade of his leadership, board members have been increasingly unhappy with Eisner with directors voting to strip the executive of his title as chairman last March.

Eisner said the turmoil did not influence his decision.

The retirement was "not asked for, not motivated by current circumstances at all," he said.

In his letter to the board, Eisner, 62, resounded a common Disney theme.

He wrote that despite the "ups and downs" his "affection for Disney will never retire. ... I can only conclude by telling you what I am doing next. 'I'm going to Disneyland!'"

Music // 14 minutes ago
Miley Cyrus to headline Australian wildfire benefit
Feb. 24 (UPI) -- Miley Cyrus, Lil Nas X, The Veronicas and Seb Fontaine are confirmed as performers for a March 13 concert to benefit victims of the recent bushfires in Australia.

Entertainment News // 20 hours ago
Meghan Trainor's dad hit by car, hospitalized
Feb. 23 (UPI) -- Singer Meghan Trainor's father is recovering from injuries he sustained when he was hit by a car this weekend. 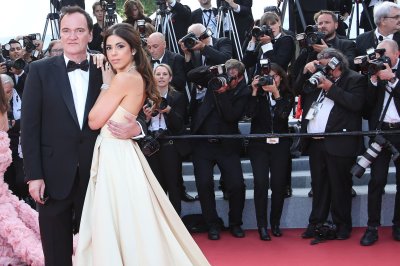