NEW YORK, Aug. 6 (UPI) -- Kathy Bates says she was inspired by, but not trying to impersonate, TV personalities Jerry Springer and Oprah Winfrey in her movie, "Little Black Book."

The Oscar-winning actress plays a daytime TV talk-show hostess in her new film, which is in theaters now.

"I thought of Oprah and Jerry," Bates said in New York recently. "I don't think I went out to imitate them. ... The way the guests (behave) and the types of things that go on on the show are more 'Jerry Springer'-like and I look at (my character) like a woman who had a more austere career and is now into this kind of nether-world, trying to go for the ratings."

Bates said she thinks her character also bares some resemblance to Sally Jessy Raphael, a TV personality who changed her show many times to appeal to changing demographics.

"I worked with Sally on a movie called 'Unconditional Love,'" Bates told UPI. "So, maybe some of that rubbed off on me. Seeing her really kind of up close, you know, kind of working it."

Movies // 9 hours ago
Sundance movie review: 'Girl Picture' captivates with Finnish coming-of-age tale
LOS ANGELES, Jan. 28 (UPI) -- The Finnish drama "Girl Picture," which premiered virtually at the Sundance Film Festival, shows that Finnish teenagers are just like us. Their story is heartwarming, heartbreaking and compelling all the same. 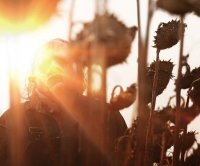 Music // 13 hours ago
Lizzo plays her song 'Special' for her mom in new video
Jan. 28 (UPI) -- Lizzo shared a sweet video with her mom after her song "Special" made its debut in a Logitech ad campaign.