WASHINGTON, July 20 (UPI) -- Congressional representative have met with FCC officials in Washington to urge hearings be held on media-ownership consolidation.

The House members want FCC Chairman Michael Powell to sponsor the hearings in light of a Lauer Research poll of 400 print and broadcast news professionals. The survey suggests media employees believe industry consolidation has compromised the quality of news reporting.

The poll was commissioned by the American Federation of Television and Radio Artists, the National Association of Broadcast Employees and Technicians, the Newspaper Guild, and the Writers Guild of America, East.

"This scientific poll confirms what AFTRA has asserted and has long been hearing from working media professionals ever since the excessive deregulation ignited by the 1996 Telecommunications Act and subsequent FCC actions," said AFTRA President John Connolly. "Media ownership consolidation is doing irreparable harm to local and national news coverage and thus to a key fabric of democracy in our country." 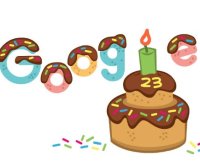