Jamie-Lynn DiScala, best-known for her portrayal of Meadow on "The Sopranos," plays Fleiss in a USA Networks production set to air Monday, but the former madam told MSNBC's The Scoop she thought the script for "Call Me: The Rise and Fall of Heidi Fleiss" was "ridiculous."

"I don't know who it's supposed to be about, but it's not about me," Fleiss said. "Everything was inaccurate. They're just using my name for a movie."

Insisting she has no intention of watching the film, Fleiss said the script has an "All About Eve" aspect that "is totally made up."

Fleiss said she is much happier with the screenplay for a feature film about her life in the works and tentatively set to star Nicole Kidman. 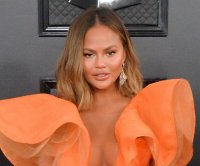 Entertainment News // 3 hours ago
Dave Chappelle speaks out on Netflix controversy
Oct. 26 (UPI) -- Dave Chappelle has spoken out about the controversy surrounding his Netflix special "The Closer" regarding comments he made about the transgender community.
Advertisement