HOLLYWOOD, March 2 (UPI) -- Leonardo DiCaprio and Brad Pitt will star in Martin Scorsese's next film, "Internal Affairs," a remake of a trio of Chinese gangster films.

Scorsese's version of the film, which is also known originally as Wu Jian Dao, will be set in Boston and center on the tumultuous relationship between Irish-American gangsters and corrupt police officers, E!Online reported Tuesday.

Scorsese, who reportedly is still negotiating his deal for the film with Warner Brothers, will produce "Internal Affairs" with Brad Grey, Jennifer Aniston and Pitt.

TV // 21 minutes ago
'The Umbrella Academy' stars clash with Sparrows in Season 3 trailer
May 19 (UPI) -- "The Umbrella Academy," a superhero series starring Elliot Page, Tom Hopper and David Castañeda, will return for a third season on Netflix. 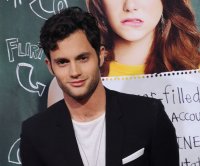 TV // 7 hours ago
Thomas Jane: Traumatized 'Troppo' sleuths need a win in Season 1
NEW YORK, May 19 (UPI) -- Thomas Jane and Nicole Chamoun say the private eyes they play in the new Australian drama, "Troppo," are outsiders with something to prove. The series premieres Friday.

TV // 13 hours ago
'The Hills' reboot returning to MTV with new cast
May 18 (UPI) -- MTV is set to bring back one of its most popular reality series, "The Hills." The Paramount network is giving the green light to a planned reboot of the hit franchise.
Advertisement