Entwistle could be on new Who album

LONDON, March 1 (UPI) -- Late bassist John Entwistle may be heard on The Who's first album in 21 years, The Scotsman reported.

The British band wants to resurrect a bassline Entwistle recorded during rehearsals shortly before his cocaine-fueled death in a Las Vegas hotel room, the newspaper said.

Roger Daltrey and guitarist Pete Townshend, the only surviving members of the band, have hired musicians to fill in for Entwistle and drummer Keith Moon, who died from an accidental overdose in 1978.

"We've got a rehearsal tape of John playing one of the songs. We are thinking about using it on the album," Daltrey told Virgin Radio.

"He'll be missed. We were with John for 38 years and when you've been with someone that long, it is an incredible connection."

The 60-year-old singer said the band was still writing songs with the late bassist in mind.

"How can we carry on without John?" he said. "What is extraordinary is when you get up there and there's two of us and there's Pino Palladino on bass, you can still hear John playing because the music is so structured."

Movies // 41 minutes ago
Sony delays new 'Ghostbusters,' 'Morbius' to 2021
March 31 (UPI) -- Sony Pictures has announced that its upcoming slate of films including "Ghostbusters: Afterlife" and "Morbius" have been pushed back until 2021 amid the COVID-19 pandemic. 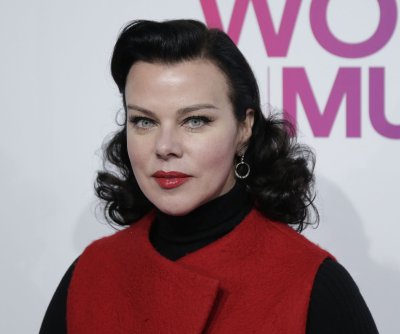