Lili Taylor to return to 'Six Feet Under'

LOS ANGELES, Jan. 9 (UPI) -- Lili Taylor's "Six Feet Under" character, Lisa, will return to the series -- even though she died last season.

"She is a presence in Nate's consciousness, much the same way his father is," TV Guide Online quotes Alan Ball, the creator of HBO's quirky funeral-home drama, as saying.

"Actual physical death doesn't necessarily mean somebody's not going to be on the show," he added, noting Nate (Peter Krause)'s wife will return for a handful of new episodes when the new season starts in June.

Fisher family patriarch Nate Sr. (Richard Jenkins), Nate's father, was killed in the first episode of the drama, but has returned to converse with his family numerous times over the last three seasons. Corpses the funeral directors work with on the show are also known to briefly return from the dead to tell their stories as well.

TV // 3 hours ago
Toby Stephens: 'Alex Rider' is made for kids, but 'not patronizing'
NEW YORK, Dec. 3 (UPI) -- Toby Stephens says his young-adult spy thriller, "Alex Rider," out Friday on IMDB TV, is family entertainment that also smartly addresses some mature topics such as wealth, power, corruption, technology and addiction. 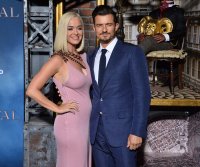 TV // 17 hours ago
'American Idol,' 'Jeopardy!' college tournament coming to ABC in February
Dec. 2 (UPI) -- "American Idol" will return for a fifth season on ABC in February, along with the "Jeopardy!" National College Championship hosted by Mayim Bialik.
Advertisement