SPRINGFIELD, Ill., Aug. 1 (UPI) -- Rocker Ted Nugent is upset with Illinois gun laws and is challenging Gov. Rod Blagojevich to meet with him at the Illinois State Fair.

Speaking in Minneapolis this week, Nugent -- not shy about his pro-gun views -- said he wants to meet the governor backstage before his Aug. 11 state fair appearance.

Nugent told the Springfield State Journal-Register: "I challenge him to come backstage. And let's talk ... good over evil, let's talk laws forcing good people to be unarmed and helpless."

"How in God's green earth can a governor not allow retired professional heroes of law enforcement to carry guns?" Nugent asked. "There's no answer for that. Any attempt to answer that question would expose a person for the buffoon he is.

The newspaper noted a bill allowing retired officers to carry concealed firearms wasn't passed by the legislature this year. Since the bill never reached Blagojevich's desk, his stand on the issue is unclear. 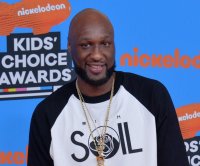